Here is another pic of the Aryan Dropship with a mini for scale. Perhaps i should have done this a bit sooner because the doors aye a bit small. Should be easy to fix by cutting up the same part of the Lemun Russ turret and making double doors. 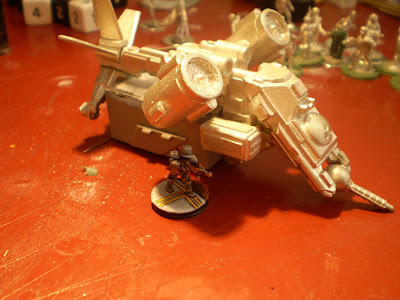 Another Aryan vehicle. I'm not sure wether this will be autonomous in my story or piloted at this point. It is one of the Infinity Drones, so i guess it'll be some sort of drone in my world. 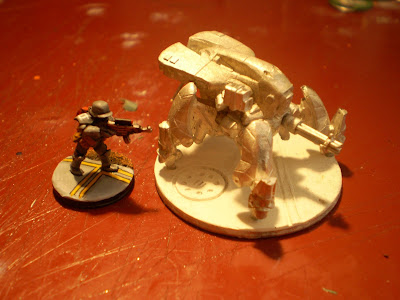 Some Matchbox cars to use with the Buckeroo Gang. The GZG Ravagers just looked too baddass once i painted them up to Scavs. They are a bit out of scale. But if i keep the same scales with the same factions i don't think it'll get to me. :)
The first one is "The Bitch". A '69 Camero with extra armour and a mini gun. 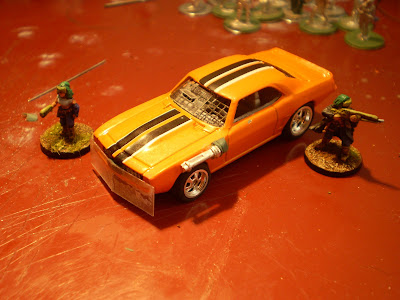 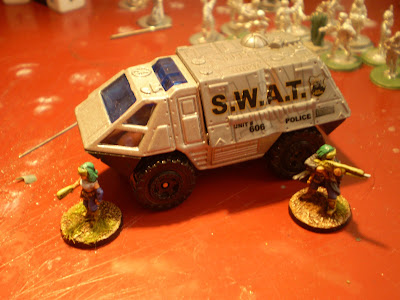 "Old Betsy", a typical gang member carrier and a place to haul thier scav and spoils of each confrontation. 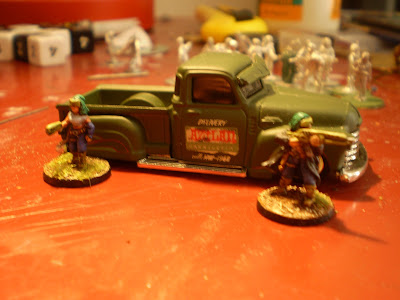 I had to get one of these GZG 8 Wheeel APC's. I can echo everyones good reports on Jon's amazing delivery times. And i live in Australia! I think i'll put a mini-gun on this one and swap the .50cal to the SWAT vehicle. I'll use this 8 Wheeler to go with the New Eden Vault City Gene Troopers. The Gene Troopers will be somethin g like the Rouge Trooper of 2000 AD. But maybe i shouldn't speak too soon or i'll have another story change like i did with the GZG Ravagers. So it maybe prudent to get thigs painted before i designate any story to them. 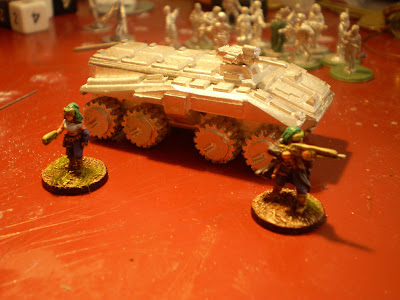