Finished product for the Aryianreich dropship. A conversion of GZG's Mantis. The company now has the Cochroach dropship which would have been a bit nicer i think. But i'm happy with my little conversion. The Automated Slave System or A.S.S. is a response to the Buckaroos and other factions commandering manned vehicles. With out the proper codes which the squad leader and his second possess, A.S.S. won't operate, and will return to the Nazi enclave. Next thing for the Neo-nazis will be some sort of land vehicle. I still have the drone which is a WIP so i may be happy with that for now. And i'd like to get working on some of the other factions. 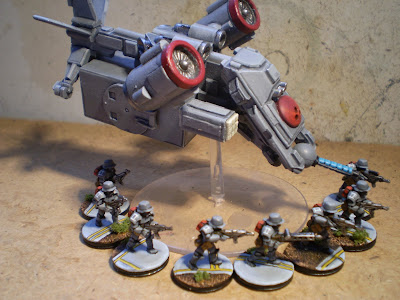 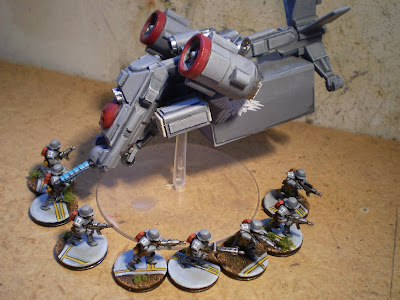 This one below is a Buckaroo vehicle, the 80's SWAT car. The Buckeroos that get their weapons from the New Eden enclave don't get vehicle funding from them. This vehicle was probably stolen from the Riech. A good addition for the gang that have had to make do with some anachronistic transport. 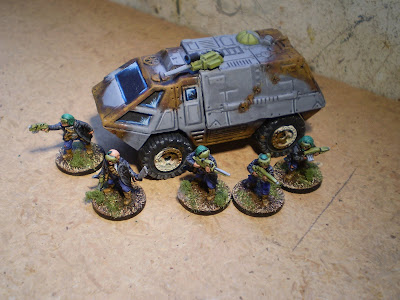 Below, inspired by the 'Corpse Grinder' and other wasteland cruisers. "The Bitch" is the Buckeroos quick response vehicle. It doesn't take many passengers so the better gangmembers get thier ride in it. I modelled the paint job on a car from a fairly recent film, anyone know which one? 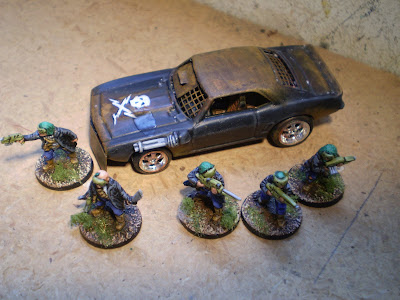